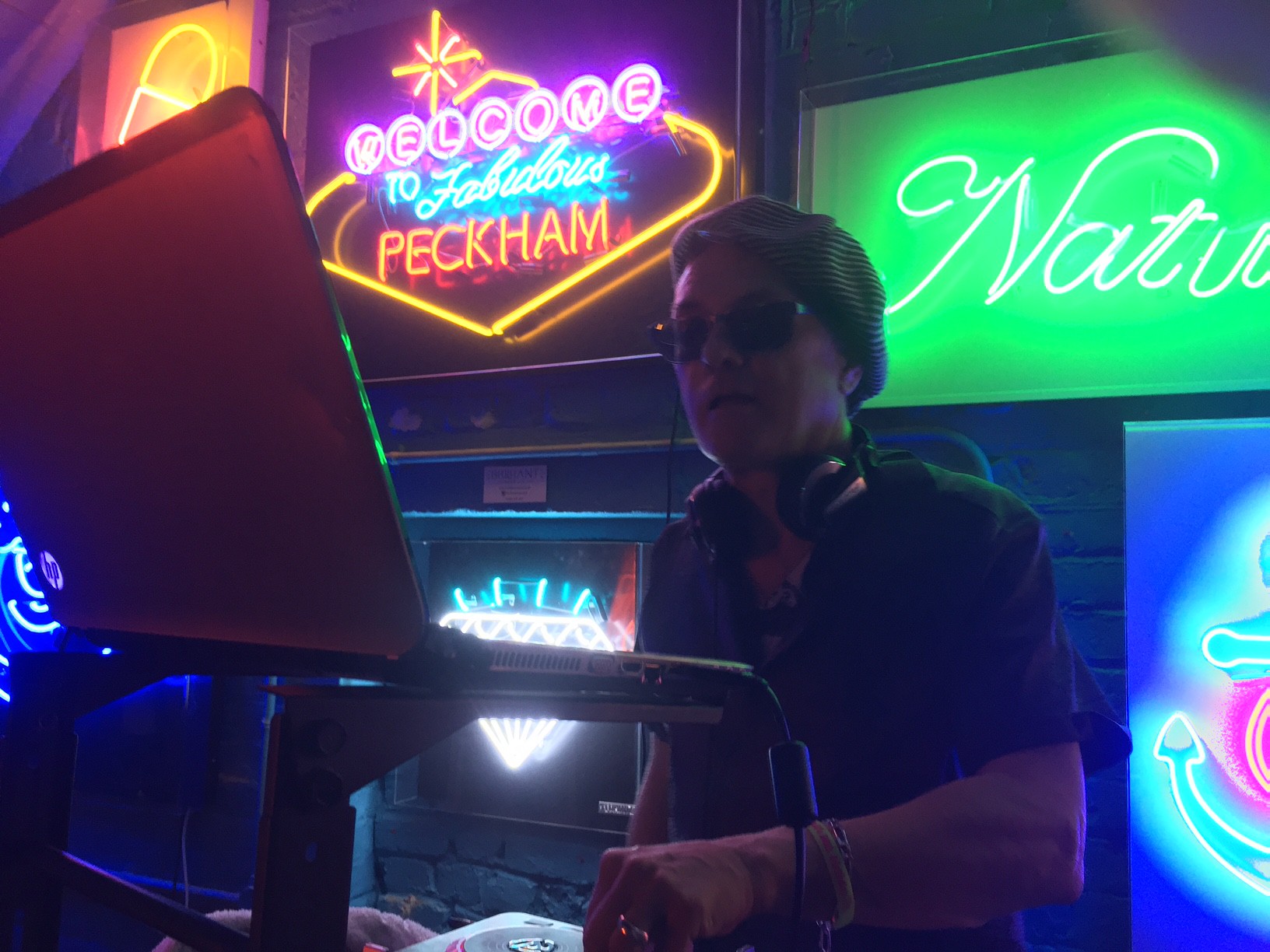 Brixton Red – aka Dave Brennan – has been DJing since his first stint playing northern soul records at his youth club in Denton (an “impoverished suburb of Manchester” according to The Guardian) in 1970.

He graduated to playing regularly in Sheffield, whist he was at University there, not least as the resident DJ for the legendary Now Society, which was responsible for early gigs featuring Cabaret Voltaire, The Human League, The Thompson Twins and ABC.

From there, he moved to London and began to play regularly in clubs, bars and underground parties. The music evolved from punk-funk to rare groove to hip-hop to electro to disco to – eventually – house music.

Dave and his partner – Jules – were well-known fixtures in the London underground party scene but for a long time Dave refused to learn how to mix, feeling the BPM should not be the sole reason to play a certain record and helping to achieve his perfect set – not one which smoothly blends from one tune to the next but which veers wildly, some may say anarchically, from one genre to the next.

A six year spell in Australia from 2000 gave him time to finally learn how to mix but also exposed him to a wider range of music; whereas London had been pretty set to a house/techno beat, Australia was more open to a funkier, more eclectic music scene with a higher emphasis on funk, hip hop, breaks, soul and dub. Dave played at a number of big nights in Sydney, including the legendary Soul Patrol nights at Tamarama Surf Club.

Back in London since 2006, Brixton Red has been entertaining crowds of funky people at various club nights, parties and festivals including NYE at the Royal Festival Hall (twice); the Battersea Barge parties and gigs at Heaven, Brixton Electric, Dex and the POW Club.

Brixton Red normally plays as wide a selection of music as he can get away with, largely involving northern soul, funk, ska, rare groove, hip hop, funky breaks, world music, classic disco, nu-disco, house music (in all its forms), electro-swing, deep dub, techno-trance and new wave rock. He is currently streaming a set a week for Obsession Radio.

Brixton Red lives with his wife and son (also a DJ) in South London, just walking distance from the site of the much-missed Red Records where he bought most of his vinyl 40 years ago and which inspired his DJ name.